the interplay of language and ethnicity

This project focuses on an understudied minority community and their language in Češin, a village near Hamedan, in western Iran. This community has two outstanding features which make them a rare and suitable case for study: First, the inhabitants of Češin are followers of the syncretic religion Ahl-e Haqq. Theologians of orthodox Shia and Sunni branches of Islam regard Ahl-e Haqq beliefs as heresies. Usually, its followers are advised to keep their beliefs and ideas secret; therefore, in initial encounters, obtaining information from Ahl-e Haqq believers is not easy. It has been established that this sect originated in Kurdistan as a variant of Sufism, and it remained a popular religion among nomadic tribesmen and peasants (Mir-Hosseini 1996:112). Then, it spread from Kurdistan to other parts of Iran and Iraq.

Second, as Hamedan province neighbors Kurdistan, it hosts Ahl-e Haqq followers in certain areas. Some of these colonies have kept their native tongue, but most now speak Turkish or Lori. The colony in Češin is special in this regard, as the population have kept both their original religion and native language, providing an opportunity to study the conservative features of their religious beliefs and linguistic status.

The populace of Češin assert that they speak Laki. Laki’s status among Iranian languages is not well-defined. It is considered by some to be a dialect of Kurdish (Lazard 1992, Fattah 2000), or sometimes as a transitional dialect between Kurdish and Luri (Asatrian 2009), and at others, an independent language (Izadpanah 2012). One reason for this unestablished position is that the Laki dialect continuum is surrounded by the Kurdish and Luri languages in south-western Iran and south-eastern Iraq (Shahsavari 2010). While Lazard (1992) first described Laki at the end of 20th century, there has not since been a comprehensive study on the language. The existing classifications of Laki among Iranian languages are generally based on intuitive findings and native speakers’ perceptions of their language (Anonby, 2004-5: 11). Anonby (2004-5) argues that Laks are ethnically associated with the Luri population of Luristan, but their language, Laki, is a North-Western Iranian language, genetically very close to Kurdish. Dabir-Moghaddam (2013:862) also asserts that Laki is a North-Western Iranian language. The exceptional case of Češin as a small village surrounded by Persian and Turkish languages, yet preserving their Laki vernacular, can help to better understand this language, and to clarify its status within the larger family of Iranian languages.

This project has two main goals, of which the first is the study of socio-cultural features of the Ahl-e Haqq religious minority group in a city whose majority religion is Shi’ism. This study will focus on the historical roots of this community, the way they define their identity, their traditions, and other idiosyncrasies. The second main goal is the study of the Laki language and its importance in defining Ahl-e Haqq adherents’ identities. When a minority group preserves its original language, it normally contains many conservative features which are linguistically, ethnically, and socially important.

Our project will address the following five main research questions: 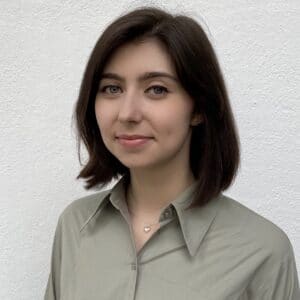 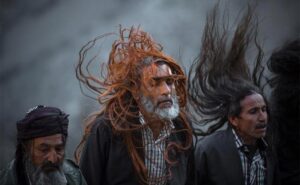 Kurds in Germany – between self-identification and external ascription