Migrants try to group and reorganize themselves in the diaspora, which can lead either to local “island construction” or to other forms of networking. The rise of islands has been observable both inside and outside Germany since the first waves of guest workers. Under the conditions of the more recent waves of refugees, an additional dimension is added: the attempt to integrate into existing islands or networks. The “new” minority groups are looking for those “old” groups with whom they identify most strongly, whereby their self-image is determined by identity-forming factors such as language, religion, ethnicity and cultural memory. This leads to the following research questions:

– Which criteria are decisive in the integration of “new” minority groups?
– How does a “new” minority decide which “old” minority is the relevant target group for them?
– What role does a common language, common religion, common cultural memory or common country of origin play in this?

The examination of the current situation in Offenbach using the example of a block of houses in the district of Mathildenschule forces a revision of the established image of minority island formation: the current constellation can no longer be described as a simple composition of “German majority” and “non-German minority”. Rather, the current picture is characterized by multi-layeredness and polydimensionality:

ISLAND FORMATION:
(1) Process of local-geographically determined self-organisation at the level of the municipality;
(2) High spatial density of minority language use in the majority environment
NETWORKING: Process of self-organisation without local fixation on the regional or supra-regional level. Two levels of networking: regional / supraregional.

The subproject documents and analyzes processes of island formation and networking of minorities with regard to the identity-defining roles of language and culturally determined ethnicity. It will examine the extent to which the various factors compete with each other and which of them gain priority under which conditions, especially in the relationship between language and other factors. Within the framework of the subproject, the development of a methodological apparatus for researching the island formation and networking of the “new” minorities is of central importance. The research focus will be on the island or network-building function of language. 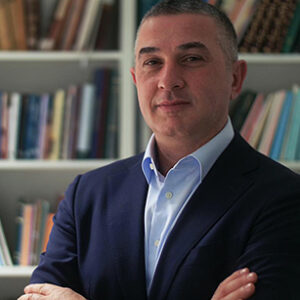