The subproject C2.1 will investigate whether and how the international human rights regime has been able to contribute to the protection of minority rights in Syria. It will be investigated to what extent global institutions and norms of the UN human rights regime could be used to realize the rights of linguistic, religious, cultural, political, or ethnic minorities in Syria, and to what extent these international norms also served as a reference point for minorities to demand greater rights within Syria or the transnational public sphere.

The Syrian Arab Republic is obliged to comply with basic human rights standards, as it has ratified several binding international treaties. These obligations of Syria apply, among others, to the “International Convention on Civil and Political Rights” of 1966, the “International Covenant on Economic, Social and Cultural Rights” of 1966, the “International Convention on the Elimination of All Forms of Racial Discrimination” of 1965, the 1984 “Convention against Torture and Other Cruel, Inhuman or Degrading Treatment or Punishment”, the 1979 “Convention on the Elimination of All Forms of Discrimination against Women”, or the 1955 “Convention on the Prevention and Punishment of the Crime of Genocide”. In addition to the standards contained in the UN Declaration of Human Rights of 1948 (which is not binding under international law) and the “Principle of the Responsibility to Protect” adopted at the 2005 World Summit, the protection of minorities was also concretized in the non-binding Declaration on Minority Rights of 1992.
A special focus of the project is also to analyse the interaction between global norms and political processes on the one hand and the identity formation of minorities on the other. Therefore, the project focuses on how transnational networks of minorities outside Syria influence these identities and what role international human rights play in these networks.
To this end, it is of central importance to decipher the concept of ‘minority’ in the context of the Syrian political system, constitution, society and history and to understand how minorities were or are organized in the Syrian state and what rights they were granted or denied.

The term ‘minority’ is highly contested in academia, not just in the Syrian context but globally, due to its historical significance and political as well as legal implications. Who has the power to define which group has the status of a minority?
Over the past decade much research has been conducted on the ‘making of’ minorities during the colonisation process and the global spread of the modern nation state as the hegemonic organisational structure of societies. Benjamin White goes so far as to argue that the term ‘minority’ didn’t even exist in the Middle East before the colonial era and that the term only gained meaning within a modern state context.

For more than 50 years, Syrian society has been governed by the Baath Party, with the help of an extensive and authoritarian police and security state. The Ba’ath party sees itself as secular, socialist and nationalist with a strong pan-Arab focus. This self-understanding is reflected not only in the official name of Syria as the Syrian Arab Republic. Its constitution even guarantees freedom of religion with the exception that the office of president is reserved for Muslims only.
Ba’athist nationalism notwithstanding, Syria was traditionally and still remains home to a highly diverse and heterogeneous population. The overwhelming majority is Sunni Muslim (70%), followed by 13% Shia (10% Alawites), 10% Christians of different denominations, 3% Druze and a small number of Jews, Yezidis and Mandeans. Ethnically Syria is overwhelmingly Arab with the biggest ethnic minority being the Kurds (15%), followed by Turkmen, Circassians, and Armenians. Yet between these roughly drawn groups there are many overlaps as well as other strong axes of division, including tribal affiliation, socio-economic status, access to elites and especially geographical location (desert, mountains, coast, cities). Besides different religious rituals and cultural customs, some of these groups also have distinct languages. In the case of the Syrian Kurds, for instance, the practice and use of their language was deliberately suppressed by the state and subjected to punishment. As a part of the interdisciplinary LOEWE project “Minority Studies: Language and Identity”, an explicit focus will therefore also be placed on the study of dynamics between language, international norms and the status of minorities in Syria.

Since the beginning of the Syrian conflict in 2011, a wide range of institutions in the UN human rights regime have been dealing with the Syrian conflict and the non-compliance with norms for the protection of minorities in Syria (including the UN Security Council and the UN Secretary-General, the UN High Commissioner for Human Rights, the UN Human Rights Council, UN task forces on Syria, and various special reporters).
An important part of the project will focus on the relevant UN resolutions and explore how the Syrian government responded to reports of norm violations and how non-governmental organizations influenced policy processes in these institutions. The project will also explore the extent to which the international human rights regime has affected the identity formation of Syrian minorities and may have been used to demand certain rights.

The theory-based analysis will refer, among other things, to governance-theoretical, constructivist and international law approaches and critical normative research. Methodologically, the project will draw on existing qualitative case studies and fieldwork, such as interviews with relevant NGOs, UN staff, journalists and members of minority groups, as well as archive work.

This website will be updated, as the project progresses. 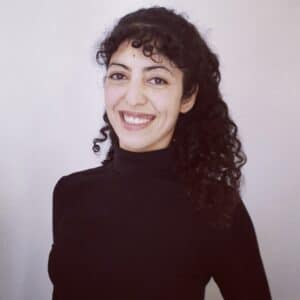